Notice: Use of this site constitutes your acceptance of these Terms of Use.
Cutter Air Museum
St Hubert, the Seiber Islands
The Corky McCorkle Exhibit
Photographs
[Updated 21 October 2000] 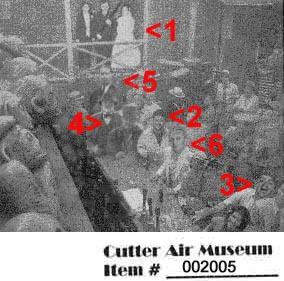 According to an interview with Corky McCorkle, this photograph is of a wedding reception held in the Monkey Bar in 1937. Although he claimed to be the best man, Corky could not remember the name of the bride and groom (<1), our research shows that they were Andre de Coeur, a French sailor, and Aimee Hartsviller who were married on July 17, 1937. Aimee was the daughter of Etiennne Hartsviller who is standing between the bride and groom holding what appears to be a shotgun. Etiennne Hartsviller was a friend (and classmate) of Bon Chance Louis whose claim to fame was his introduction of Affentaler wine to the Marivellas.

Corky is at <2. Other guests at the reception were Quinton McHale at <3, who had just arrived in Boragaora and a number of Pan-Pacific Clipper passengers. These passengers included three professors at <4 and <5 who identified themselves as the "Doctors Jones" and "Professor Berg" and a man <6 who identified himself as "Enoch Arden".

Apparently, Corky provided this photograph to the producers of The Tales of the Gold Monkey , who used it to create one of the many memorable scenes in the pilot for the series shown at the right.

Of course, the scene on TV did differ from the historical event in the following ways:

1) Network censors required that the reference to a "shotgun wedding" be removed.
2) Since the copyrights to McHale's Navy  no longer belonged to ABC, any reference to Quinton McHale had to be avoided.
3) Given the success of Raiders of the Lost Ark no reference could be made to the "Doctors Jones".
4) Someone claiming to be with "The Company" warned against any reference to Professor Berg.
5) No reference was made to "Enoch Arden" despite his obvious similarity to Judge Crater who disappeared in 1930. 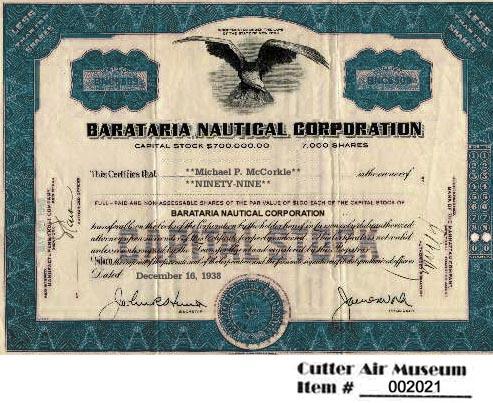 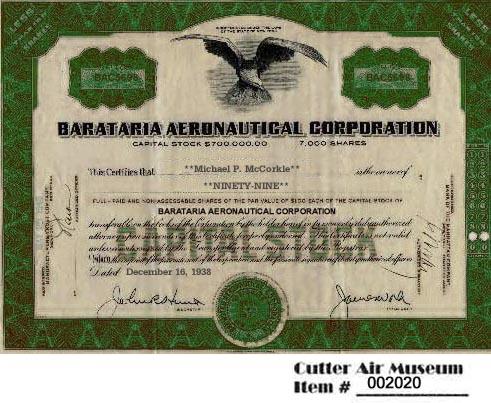 (When Corky died in 1973, one year after the disappearance of Jake Cutter, his will donated his stocks in these companies to the fledgling Cutter Air Museum. It was initially believed at the time that the stock was probably worthless, however, it turned out that both corporations had not only survived World War Two, but had thrived during the Cold War. They were merged into Barataria Industries, Inc. which recently transferred its operations to Taratupa.) 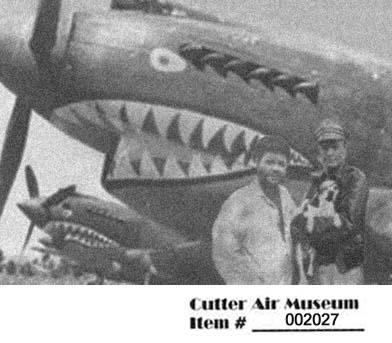 Corky reported that this photograph was taken in early 1942 at one of the Flying Tigers' bases in Burma.

(It is hoped that the Museum will soon obtain Corky's handwritten memoires, which were the basis of many of the episodes of the 1980's American televison series, Tales of the Gold Monkey, which will provide additional insights about this period of Corky's life.) 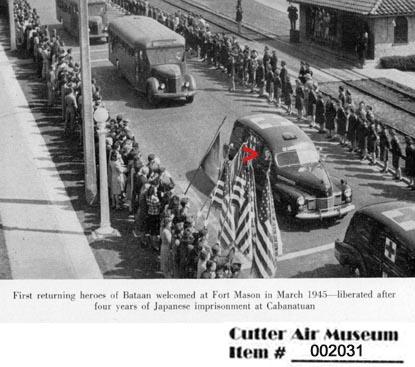 According to Corky, this is the photograph presented to him in April 1945 by hospital personnel after his return to the States. The caption is, however, apparently incorrect in limiting the place of imprisonment of the welcomed heroes to Cabanatuan since Corky--who was imprisoned in Bilibid and not Cabanatuan--is clearly in the second ambulance as demonstrated by the computer enhancement shown below. 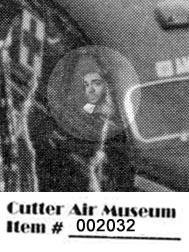